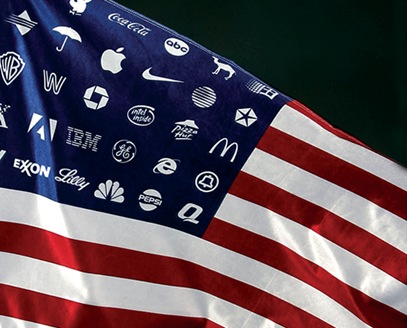 There is a very good reason that our Pledge of Allegiance refers to our country as a Republic and there is a very good reason that our Declaration of Independence and our constitution do not even mentioned the word “democracy”. In a Republic, the sovereignty resides with the people themselves. In a Republic, one may act on his own or through his representatives when he chooses to solve a problem. The people have no obligation to the government; instead, the government is a servant of the people, and obliged to its owner, We the People. A Constitutional Republic has a Constitution that limits the powers of the government. It also spells out how the government is structured, creating checks on its power and balancing power between the different branches.

Many people are under the false impression our form of government is a democracy, or representative democracy. This is of course completely untrue. The Founders were extremely knowledgeable about the issue of democracy and feared a democracy as much as a monarchy. They understood that the only entity that can take away the people’s freedom is their own government, either by being too weak to protect them from external threats or by becoming too powerful and taking over every aspect of life. They knew very well the meaning of the word “democracy” and the history of democracies and they were deliberately doing everything in their power to prevent having one.

The goal of a Constitutional Republic was to avoid the dangerous extreme of either tyranny or mobocracy but what exists in America today is a far cry from the Constitutional Republic our forefathers brought forth. The truth is that the United States is neither a democracy nor a republic, despite the myth repeated by the corporate media that the United States is a democracy. Today our government has become a corporatocracy.

Today, we live in an economic and political system controlled by corporations or corporate interests; a merger of state and corporate power if you will. The original point behind government providing a watchdog over industry – was to keep the playing fields equal – between players and owners. Those days are long gone. Government is now part of most industries and those industries are part of government. As the federal government has progressively become larger over the decades, every significant introduction of government regulation, taxation, and spending has been to the benefit of some big business. It used to be against the law for a corporation to contribute to a political party. Now these corporations spend more on lobbyists than they pay in taxes. We now live in a system where corporations can legally purchase politicians through unlimited, undisclosed campaign donations.

The government acts in the best interest of corporations, often times in direct opposition to the will of the American people. Take the U.S. government’s wars in Afghanistan and Iraq for example. Americans, for quite some time, in poll after poll, have clearly stated they opposed these wars, but it had zero impact on policy. For several years, the majority of Americans have also opposed the Iraq war, typified by a 2010 CBS poll which reported that 6 out of 10 Americans view the Iraq war as “a mistake.”

The 2008 Wall Street bailouts are another example. Even when Americans believed the lie that it was only a $700 billion bailout and despite the corporate media’s attempts to terrify Americans into believing that an economic doomsday would occur without the bailout, Americans still opposed it (http://www.pollingreport.com/business3.htm)

Can it be a surprise when a privately owned bank (The Federal Reserve) that operates with virtually no congressional oversight, acts in its own best interest? A banking institution who is staffed with executives of the same companies that they are supposed to be regulating? One of their main roles, according to their website (“FRB: Mission”. Federalreserve.gov)  is to “supervise and regulate banking institutions.” So in other words, one of their main roles is to regulate themselves. Wonderful. What happens when you make risky casino bets and lose everything?  Nothing when you can bail yourself out with overnight loans and printing-press money.  Hard to believe it? Read it yourself in the first top-to-bottom audit of the Federal Reserve (http://online.wsj.com/article/SB10001424052748704594804575648740948074042.html)

It showed $16 trillion in secret bailouts to many of their own Wall Street banks, not only in the United States, but to banks all over the world – “from South Korea to Scotland.” The CEO of JP Morgan Chase served on the New York Fed’s board of directors at the same time that his bank received more than $390 billion in financial assistance from the Fed. Must be nice to just print yourself money anytime you need it. JP Morgan Chase also served as one of the clearing banks for the Fed’s emergency lending programs. Many of the other financial institutions and corporations that received emergency loans were banks that the fed had investments in. William Dudley, who is now the New York Fed president, was granted a waiver to let him keep investments in AIG and General Electric at the same time AIG and GE were given bailout funds. It’s truly shocking that not a word of this was spoken in the mainstream media, but it is not that surprising as soon as one realizes these companies are owned by many of the same institutions (or subsidiaries of them) that were bailed out. The federal reserve is one of the best examples of corporatocracy  – a government granted monopoly of privately owned banks that control the entire monetary system in our country.

Toothless agencies, staffed with former executives of the companies they’re supposed to be regulating, were complicit in the BP oil disaster by letting the companies write their own rules. Our government has become a subsidiary of industry.

The Illusion of Choice
the U.S. corporatocracy, as in most modern tyrannies, there are elections, but the reality is that giant corporations and the wealthy elite rule in a way to satisfy their own self-interest. In elections in a corporatocracy, as is the case in elections in all tyrannies, it’s in the interest of the ruling class to maintain the appearance that the people have a say, so more than one candidate is offered up. In the U.S. corporatocracy, it’s in the interest of corporations and the wealthy elite that the winning candidate is beholden to them, so they financially support both Democrats and Republicans. It’s in the interest of corporations and the wealthy elite that there are only two viable parties—this cuts down on bribery costs. And it’s in the interest of these two parties that they are the only parties with a chance of winning. In the U.S. corporatocracy, corporations and the wealthy elite directly and indirectly finance candidates, who are then indebted to them. It’s common for these indebted government officials to appoint to key decision-making roles those friendly to corporations, including executives from these corporations. And it’s routine for high-level government officials to be rewarded with high-paying industry positions when they exit government. It’s common and routine for former government officials to be given high-paying lobbying jobs so as to use their relationships with current government officials to ensure that corporate interests will be taken care of.

The integration between giant corporations and the U.S. government has gone beyond revolving doors of employment (exemplified by George W. Bush’s last Treasury secretary, Henry Paulson, who had previously been CEO of Goldman Sachs; and Barack Obama’s first chief economic adviser, Lawrence Summers who in 2008 received $5.2 million from hedge fund D. E. Shaw).

The United States is not ruled by a single deranged dictator but by an impersonal corporatocracy. Thus, there is no one tyrant that Americans can first hate and then finally overthrow so as to end senseless wars and economic injustices. Revolutions against Qaddafi-type tyrants require enormous physical courage. We all need to wake up and see that we Americans have neither a democracy nor a republic and are in fact ruled by a partnership of “too-big-to-fail” corporations, the extremely wealthy elite, and corporate-collaborator government officials.  Americans must surgically remove the corporate cancer from government through direct action and the voting booth, and cultivate new leaders from within the movement. When the people lead, our leaders will have no choice but to follow.

Please see my video: Believe in Yourself and See The Truth