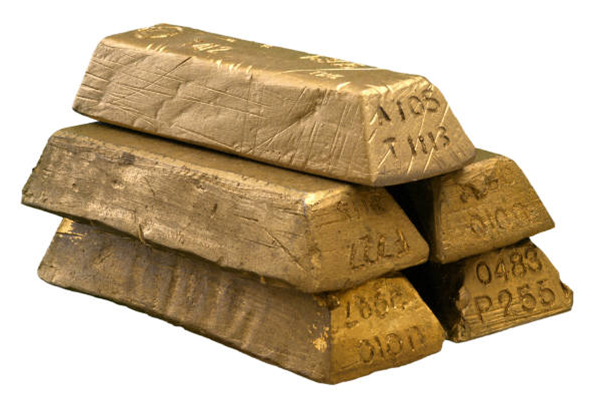 I received an email today from one of my friends who says we “went away from the gold standard during the great depression in the 1930s as it became apparent that the inherent inflexibility which accompanied it was a major impediment to economic recovery!!” He also stated, that the gold standard would “cripple the potential for economic growth”

Here is his email:
“The US, along with every country with a relevant currency on the face of the planet went away from the gold standard during the great depression in the 1930s as it became apparent that the inherent inflexibility which accompanied it was a major impediment to economic recovery!! The total amount of known gold on the planet is valued at less than half the size of the current US economy. Suggesting a return to a gold standard…as an independent entity would not only be practically impossible, but a terrible idea in that it would cripple the potential for economic growth. Q* the amount of goods and services produced would be hindered by the amount of gold that the country could acquire…not a natural, or facilitated, balancing of supply and demand.”

Here is my reply:

I will keep this as brief as possible. Put down the statist textbooks LOL
How is the grand intellectual pursuit of macroeconomic theory and mathematical modeling of Keynesian economics working out for ya? Rising prices, sky high inflation, massive deficits, one boom and bust after the other, the worst recession since the great depression and most importantly, a worldwide financial crises. Sounds like they need some new models or maybe some new glasses!!

Prior to World War I, the banking system in the United States (and in most of the world) was based on gold – and when there was overly rapid credit expansion, banks became loaned up to the limit of their gold reserves, interest rates rose sharply, new credit was cut off, and the economy went into a sharp, but short-lived recession. The readjustment periods were short and the economies quickly reestablished a sound basis to resume expansion. The shortage of bank reserves serves to keep the economy balanced by the natural laws of supply and demand. But when you break the most basic economic law by continuing to increase supply (continually printing more), you end up with disaster. Take 1927 for example, when their was a mild contraction in the economy. The Federal Reserve created more paper reserves in the hope of forestalling any possible bank reserve shortage and it nearly destroyed the economies of the world. The excess credit which the Fed pumped into the economy spilled over into the stock market, triggering a fantastic speculative boom (hmmmm sounds familiar!!). Belatedly, Federal Reserve officials attempted to sop up the excess reserves and finally succeeded in breaking the boom. But it was too late: by 1929 the speculative imbalances had become so overwhelming that the attempt precipitated a sharp retrenching and a consequent demoralizing of business confidence. As a result, the American economy collapsed. But it was all golds fault LOL

Having a finite supply of gold doesn’t impede economic growth, it stabilizes it. It is the shortage of gold reserves that keep the economy in check. During periods of overly rapid credit expansion, limited gold reserves serve to stop the unbalanced expansions of business activity, before they develop into disasters like the great depression.

They did not go away from the gold standard during the great depression, they were already off it by 1913,  when we were on a “mixed” gold standard and the banking cartel of the Federal Reserve was enacted. The real reason they abandoned the gold standard and move to a fiat currency (that can be printed and manipulated at will) is because they made the realization that the gold standard is incompatible with chronic deficit spending (the hallmark of the welfare state). You cannot fund huge welfare programs by taxation alone, so instead you resort to programs of massive deficit spending…$16 trillion currently. But of course they tell us that we went off the gold standard because it was a major impediment to economic recovery. Just blame the gold, not the interventionists who mess with fundamental economic laws of supply and demand.

But don’t take my word for it, ALL of this information is directly taken from an article written ironically by the former chairman of the Federal Reserve himself, Alan Greenspan, entitled “Gold and Economic Freedom.”

“The other main charge against the gold standard, charge 1-A next to the argument that it causes booms and busts, is that it is not “modern.” An economy does not have room to grow under a gold standard as under “flexible,” inconvertible currency, the logic goes. Modern countries that have aspirations for across-the-board prosperity (and relief from occasional economic crises) have to do away with illusions about the adaptability of gold to their purposes. In rawest form, this argument has it that gold is a “barbarous relic,” in the famous John Maynard Keynes phrase of 1923. Yet what a strange relationship this charge also has to actual history. From the first full year that the Constitution’s outline of the gold standard took effect, 1790, until 1913, the year the Federal Reserve came into existence and the serial dismantling of the gold standard began, the United States economy increased in size, in real terms, by just about 150-fold. This record of growth, which amounted to 4.0% year in and year out, was so large, so unprecedented, and so long-lasting, that not only did the United States roar by all other countries in terms of overall output over the course of this extended period, the U.S. economy was over twice as large as its closest rival, Germany, when the great unraveling began in 1913.”