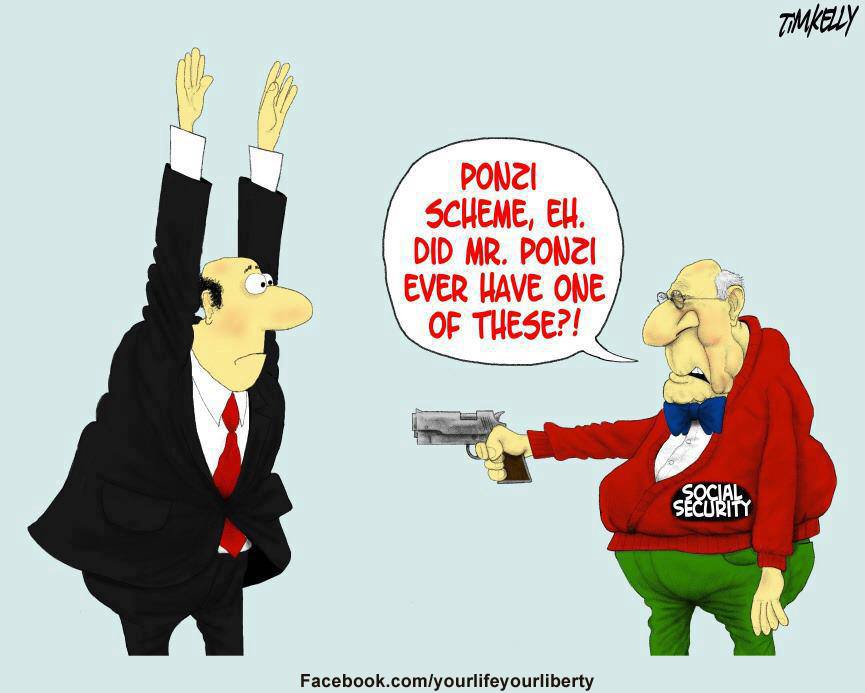 This is the first in my PROBLEM / SOLUTION series of articles. In order to spread the wonderful message of liberty, I believe we must inspire others and give them an idea of how voluntary mutual consent and cooperation can be used to solve the issues we face today. My intention is to address these issues by offering concrete, real word solutions that always honor individual rights, a constitutional government, sound money, free markets and non-interventionism.

PROBLEMS:
Congress steals money from people to give it back to them later on when they retire. Theft is wrong and immortal. They then spend it on other things (like wars and all the nonsense that we do around the world). Current estimates for the unfunded liabilities of our Social Security system are $10 trillion and we will not be able to afford to pay future beneficiaries (today only 2.8 workers per beneficiary vs 1950 when there were 16 workers per beneficiary).

2) Participating in social security should be OPTIONAL. Making payments mandatory is coercion and theft. Theft is wrong and immoral, even when masked as “compassion”. We should be able to choose to opt out. No one should be forced to pay into a system unless they give their consent and voluntarily chose it. Peace and prosperity will never come from violence. If you choose to opt-out, you are making a choice to have the discipline to save for yourself and not have a “safety net”. Adults in a civilized society should be able to make their own choices and deal with the consequences of those choices.

3) The old program should be phased out slowly – millions of people rely on these benefits (retirees and the elderly).Those who have paid over a certain amount (or over a certain age) would still receive their remaining benefits.

4) Reform Social Security by introducing personal retirement accounts which will allow all Americans, particularly low-wage workers & the self-employed, to invest in their future. They would voluntarily agree and consent to the contract, which says they agree that the government is holding the money but they cannot spend any of it. They agree that the money would be voluntarily taken from their wages and invested in interest-bearing certificates of deposit. They also agree that they cannot withdraw any of the money until age 65.

5) These accounts can be passed down to their children or anyone who they wish to gift it to – TAX FREE.

6) Each beneficiary would receive a monthly statement so they could see exactly how much money is in their own account at all times and how that money is growing.

This list is not meant to be exhaustive – it is simply a starting point. One thing I am certain of – it is far better than the system we have now, which relies on violence and is going insolvent.

Don’t miss my last blog post about why Bernie Sanders is wrong.