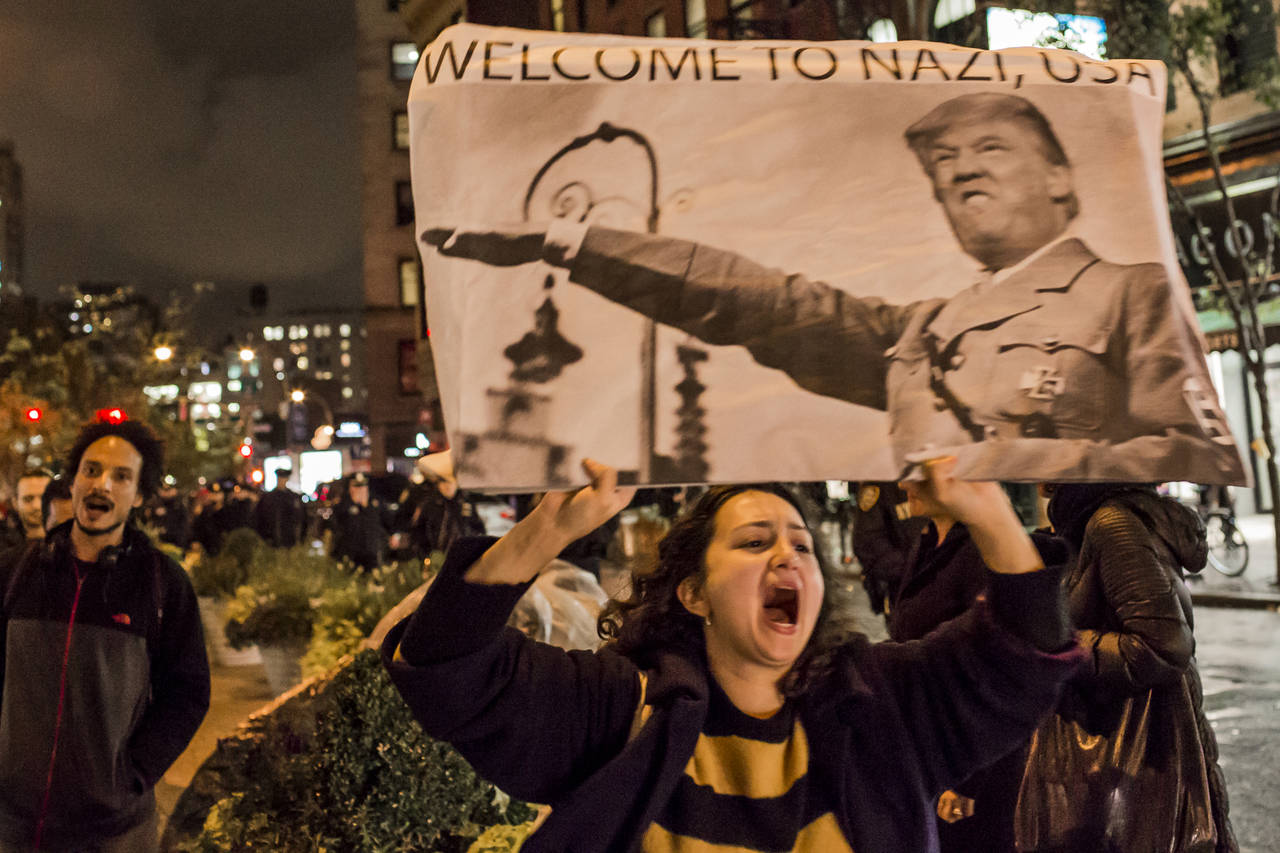 After Election Day, I went on Facebook curious to see what people were saying. I came across some posts that were disturbing – yet I see them every single day. Somehow they have become unsettlingly very common. People proudly admitting that they voted primarily “for non-white males”, suggesting candidates should be marginalized simply because of the color of their skin and/or their sex – a radical step backward. Others refer to the “oppressive white man” and people’s “white privilege”. I even saw someone proudly admit they they voted primarily “non-white”. Men and young boys are growing up in a world where they are made out to be the potential manifestation of “rape culture” and told they are part of “toxic masculinity” – “the patriarchy”. Their competitive drives or ambitions are regarded as part of a “tyrannical impulse”. What the hell is going on?

What’s happening actually has a name and its called “identity politics.” These are dangerous games (“intersectionality”) where people are not seen as individuals, but as an exemplar of their race, sex or sexual preference. They view the world though a dreadful and pathological lens – a Hobbesian nightmare of identity groups all warring for power. People are divided into certain groups based on their victimization – you are either a victim or an oppressor. Anyone who disagrees or opposes this ideology is seen as racist, sexists, homophobic etc. A recent piece by the Wall Street Journal says it most succinctly:

Conservative speakers can be shouted down, even assaulted, on university campuses. Republican officials can be harassed in restaurants, in the street, in front of their homes. Certain leaders of the left—Rep. Maxine Waters comes to mind—are self-appointed practitioners of hate, urging their followers to think of hatred as power itself.

Racist and hateful comments can be made about “white males” because they rank the lowest on the victim hood scale, so being just as respectful and courteous as they would be to a minority group, is not even something that is a consideration. Nothing but hate, disguised as virtue.

These ideas have caused growing extremism and division on both ends of the political spectrum. They do nothing but justify the use of power and engender inter-group conflict. These concepts all originated with Karl Marx – and when his ideas where put into practice in the Soviet Union, China, Vietnam and Cambodia just to name a few – tens of millions were killed. And they are back in the form of this pernicious identity politics. Shockingly, this narrative of oppression is being taught in the humanities and much of the social sciences, at universities and increasingly in the public education system.

The civil rights movement was about DESTROYING identity politics, creating a society in where we see people as individuals, rather than members of groups. In the words of Martin Luther King Jr “I have a dream that my four little children will one day live in a nation where they will not be judged by the color of their skin but by the content of their character.”

Lets treat other identities as we would have them treat us. There’s beauty in different people with different ideas and of different backgrounds coming together to form America. But when it comes to politics and policy, lets treat people as people, recognizing and celebrating their unique characteristics as individuals, instead of reducing them into an identity.

The term “white privilege” has now become an accepted part of popular discourse. It originates from a 1988 essay entitled “White Privilege and Male Privilege: A Personal Account of Coming to See Correspondences Through Work in Women’s Studies”. The title is important, as it tells us that this is not a scientific paper based on any methodology or empirical evidence, but an opinion piece, a “personal account”. So this idea came from the opinion of one person, who wrote one paper which is not based on any studies, any evidence or statistical/factor analysis. Even so its become the basis of where this came from so let’s unpack it. She gave a white privilege list:

Is this white privilege or is it majority privilege? That’s the entire purpose of creating a certain culture – to create benefits for those living in it. Yes, then this also means there will be fewer benefits to those who aren’t part of that culture. But here is the distinction – you cannot immediately associate this with race and say its white privilege. There are many things to account for this, wealth for one is an example.

The term implies that you have certain advantages simply because of your skin color. It attributes to the individuals of a community, the attributes of that community on the basis of their racial identity and there’s no other way of defining it.  It is attributing to the individual the characteristics of the group, as if the group was homogeneous. I am pretty certain that this is the textbook definition of racism. This is another radical step backwards.

Tell the 17 million white people living below the poverty line that they have white privilege and see how that goes. The term implies that America is inexorably racist, inexorably bigoted, and that people of color are living in a country with such a brutal history of racism that they cannot rise. This narrative that the system is rigged and that the deck is stacked against them actually keep many exactly where they are because why even try? Its counter-productive and destructive.

I’ll leave the rest of the talking points to Ben Shapiro as he dismantles them quite eloquently: