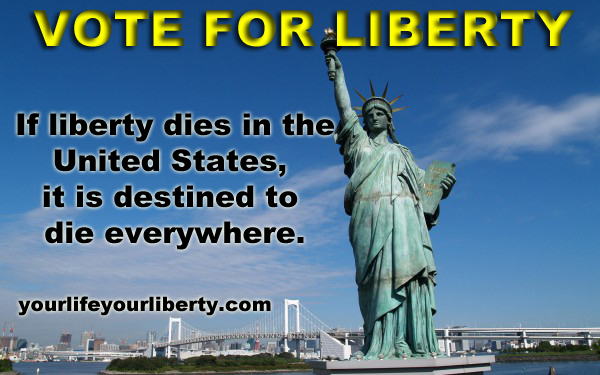 1) The best way to tell who a candidate is really working for is by looking at his top campaign contributors. Mitt Romney’s biggest campaign contributor, like Obama, is Goldman Sachs, followed by Bank of America and then Morgan Stanley – http://www.opensecrets.org/pres12/contrib.php?id=N00000286

2)  This a man when asked if he would need to go to Congress to take military action against Irans nuclear facilities answered “you need to talk to your lawyers” “were gonna let the lawyers sort it out.” WRONG. You are supposed to get a war declaration from congress. http://www.youtube.com/watch?v=VnCu3YwyUqk

17/24 of Romneys foreign policy advisers are the SAME as Bush/Cheney – http://videocafe.crooksandliars.com/heather/rachel-maddow-reminds-us-again-what-romney

These are all facts which can be easily verified:

Obama has:
• Waged war on Libya without congressional approval
• Started a covert, drone war in Yemen.
• Escalated the proxy war in Somalia as well as the CIA drone war in Pakistan.
• Still maintains a presence in Iraq even after he send he was “ending” the war
• Sharply escalated the war in Afghanistan, adding an extra 30,000+ troops.
• Secretly deployed US special forces to 75 countries
• Sold $30 billion of weapons to the dictatorship in Saudi Arabia
• Signed an agreement for 7 military bases in Colombia
• Opened a military base in Chile
• American troops now fight in nearly a dozen other countries Bush never invaded.

Our Civil Liberties Are Being Taken Away From Us:
• Defended body scans and pat-downs at airports (no more “innocent until proven guilty”).
• Department of Homeland Security now actively monitors social networks such as Twitter and Facebook to uncover “Items of Interest,” or IOI.
• HR 347 – makes it illegal to protest federal officials “visiting any facility” who have Secret Service protection.
• Executive Order 13603 – government can take over everything
• NDAA, Patriot Act, Drones flying over the US
http://www.youtube.com/watch?v=cDkOsC9oArw

Obama pledged in 2009 to “cut the deficit we inherited in half by the end of my first term in office.” The Public Debt of the United States when Obama started office (Jan 2009) was about $9.8 Trillion. As of today, it is just over $16 Trillion. From the moment each new child is born in the US, they now owe $50,000 to the federal government.

Making war without Congress approval (“We can’t wait for Congress to act” ) , snooping on private communications without a warrant, killing American citizens without due process, denying citizens the right to protest (remember when Hillary screeched that “protest is patriotic”?), this president has taken the imperial presidency to new lows.

The presidents job is NOT to create jobs or fix the economy. Their job is to provide lower taxes and regulations, protect our liberties and GET OUT OF THE WAY. Without a proper diagnosis of the disease, a cure is impossible. It has been the policy of the U.S. government, in combination with the Federal Reserve, to finance debt and deficits by the creation of money, pyramiding debt, and dumping the cost on the taxpayer. Neither Romney or Obama will change that.

They both believe in the coercive transfers of wealth, the idea that one is “entitled” to the private property of someone else. They both wont change the fact that health care has been an 80% government run service since the mid 1960s, and for a hundred years the federal government has intervened in the health care market, leading to distortions in prices, rise in costs, decreased access, corporatism, and insurance companies seeking influence in Washington rather than competing in the marketplace. The role of government in a free society is to protect the liberty of every individual. It is not to police the world or “to keep Americans safe.” It is not to run a welfare state, impose mandates, transfer wealth, or subsidize certain industries over others. They are BOTH the problem, not the solution.

You are NOT throwing your vote away when you vote for someone you actually mostly agree with! Voting for the “lesser of 2 evils” is still a vote for evil. With this mentality, nothing will change – these candidates receive tens of MILLIONS of votes because of this mentality and is the primary reason why we are in such trouble in this country – SO MANY PEOPLE DO THIS. If you dont like either of them, simply dont vote! Please vote your conscious tomorrow.

Don’t believe the false dichotomy of the left-right paradigm. The “parties” are nothing more than a sideshow, an artificial, fabricated construct to give the illusion that the American people pick our presidents, instead of the banks and corporations that they serve.

Watch this video to learn about the illusion of choice: http://www.youtube.com/watch?feature=player_embedded&v=ipvgmADzPY0

I believe in a society based on VOLUNTARY mutual consent and am therefore not voting for EITHER of these 2 candidates. Yes, there are other people running besides Obama and Romney.


God bless this country and all of
the people who still believe in peace.
Facebook Comments